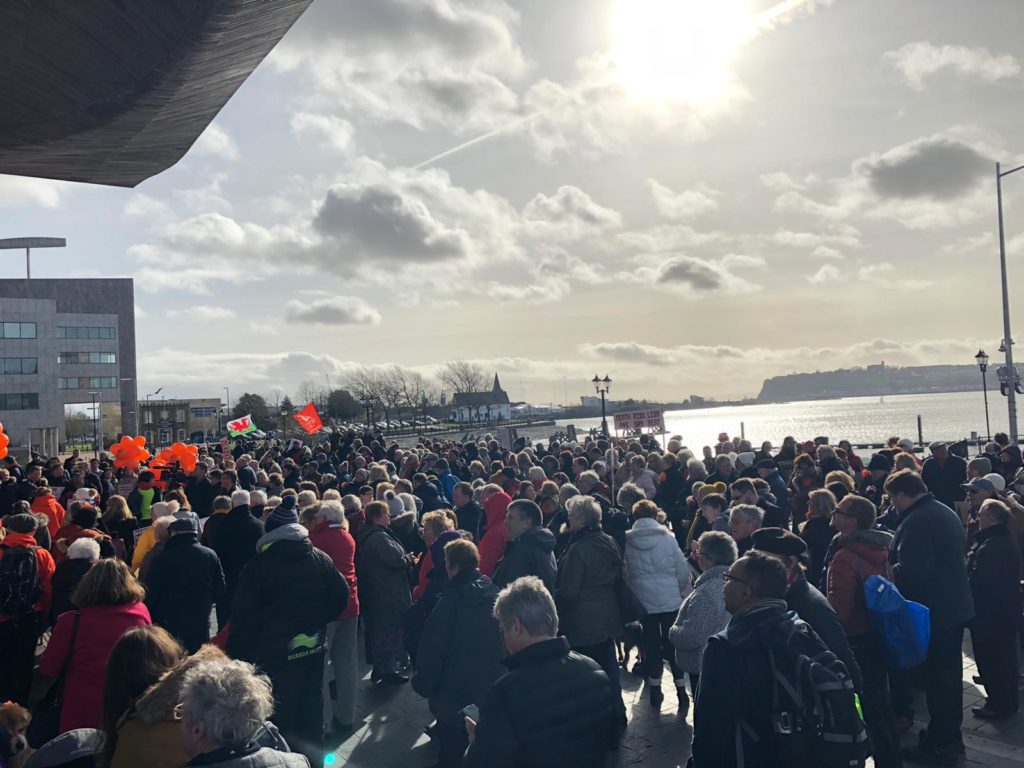 Early on this year Cwm Taf Morgannwg health board announced that they had been considering plans to close the A&E in Royal Glamorgan Hospital at Llantrisant, either completely or overnight, due to doctor shortages. This followed an earlier decision from 2015 to centralise emergency care, a decision that would have left more isolated communities with poor infrastructure more vulnerable.

Understandably many were concerned and upset at this decision, local residents perfectly understanding that not having a fully functioning A&E would be putting them in the firing line.

The closure, even partially, of the Royal Glamorgan A&E would have meant residents would have had to make journeys approaching an hour to the next closest A&Es in Cardiff or Merthyr Tydfil, trips that could potentially have been fatal.

Mike Green, a resident of Penygraig, was quoted by the BBC as saying, ‘we should have somewhere within a good distance, and if we have to go to Merthyr – what is it an hour?’

Concern was increased because the area served by the Royal Glamorgan is already a deprived area, suffering both the socioeconomic consequences of the shock capitalism implemented since the 1980s, and the health conditions associated with being a post-industrial mining area.

These protests transcended the petty boundaries of electoral politics, members of Plaid Cymru, Labour and the Socialist Party all uniting on an issue that affected the working-class people of these communities.

Recently, however, news has broken of a victory for the people of Rhondda Cynon Taf. Cwm Taf Morgannwg announced on the 22 June that the A&E would remain fully open. This is a fantastic demonstration of just what we in the Welsh Valleys – and to a wider extent as a part of the international working class – can achieve through our unity.

Despite what appeared to be a determination by Cwm Taf Morgannwg to close the A&E as part of a wider Welsh Government scheme to centralise hospital services at the detriment to local communities, thousands of working-class people – primarily in the Rhondda, but also across south Wales – grouped together as part of the Save Royal Glamorgan Hospital A&E campaign, pressuring the health board into a reversal.

These protests actively involved hospital workers, doctors and nurses as well as trade unions to achieve their goals, and to eventually achieve victory.

As the working class, we have a duty of care for one another. During the 1984-85 Miners’ Strike, the Miners held out far longer than were expected primarily through the solidarity of the working class.

These lessons apply to us even to this present day. As demonstrated by the victory at Royal Glamorgan A&E it is us, the workers of the world, who have the power.

We are the majority, yet so often the decisions are made undemocratically by a minority and it is us who reap the consequences.

We must learn from the victory at the Royal Glamorgan and expand on it, to seize further victories for the disenfranchised and impoverished communities of south Wales that the upper classes have left to rot.

There is no reason that the people of the Valleys should accept this new status quo that views them as expendable cogs as part of the larger capitalist machine.